The Pink Guide to Adoption 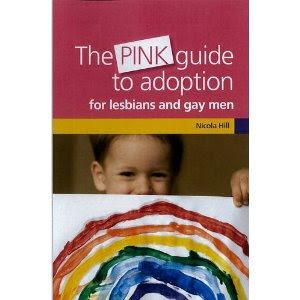 When I got home from work this week on my hall table I found, wrapped in somewhat excessive amazon packaging, "The Pink Guide to Adoption". Jake and I have joined a group called New Family Social. They support gay people through the adoption process in the UK and give help and advice to potential adopters at all stages of the process. They recommended to me this little pink book and now I am going to recommend it to you.

The book is, as you probably expect, a guide to adoption focused at gay people. It is published by the British Association for Adoption and Fostering, who also publish other step by step guides to the legal process involved in adopting a child. The book sets expectations of the process and provides an outline of every hoop that needs to be jumped through. Its great strength is in how it points out the pitfalls peculiar to gay people, and provides advice and case studies from people who have already gone through the process.


This isn't going to be a book review in the traditional sense; I find it impossible to read things about adoption objectively. Instead I am going to mix in a lot of what the book told me about the adoption process and how that affected my expectations of my own journey. Not always positively!
It starts off by debunking the myths related to gay adoption in a chapter called “What does the research say?”. As most readers to this blog probably know, all the research done so far on children raised by gay couples has pointed to entirely normal outcomes for those children. There is no significant divergence between these children and children raised by heterosexual couples. Some people, even gay people, think differently. It is good to be armed with the facts. The chapter lists every “common” concern and answers that concern. Invaluable armour for anyone thinking of adopting a child.

The book then moves on the process and state of adoption in the different parts of the UK. I found the figures pretty interesting. In 2008 in England (not the UK as a whole) there were 59500 children in the care system. The average age of adoption in the UK is 3 years 11 months. Their age range was this:
Not all these children are up for adoption but it does show just how few babies there are in the system. From the accounts in the book, and from talking to people who have had first hand experience, many heterosexual couples want a child as close to birth age as possible. Many people seem to think that this is a result of many failed rounds of IVF and that having a baby can be very important to people who have had fertility issues. I think this is a strength of allowing gay people to adopt. Often adoption is the first choice for a gay couple. Jake and I would certainly be open to taking an older child, as Jay and Bryan were. Just look how well it worked out for them.


The most scary part of the process seems to be the vetting. It is a long and arduous process. Amongst the many, many interviews and home visits you have to go through yourself you also ave to provide up to eight references! Eight! I am not even sure I know that many people! The references themselves are interviewed by the social workers. One example question given is “What do you think are areas for personal development in X?”. You never get to find out what they said...
I am a bit worried about this from the gay standpoint. Although I have discussed adoption with my mother, who is a social worker herself and seems supportive, we still have to find up to seven more people. The problem is that even when people are openly supportive, which both mine and Jake's family are, you never know what they are going to say in that locked room. One of the case study couples in the book had their process delayed by three months because one of their references, who they had said would be in their “support network” gave a strong impression that they were against them adopting for reasons of sexuality. If you have any kind of contact at all with your family then they are compulsory references. 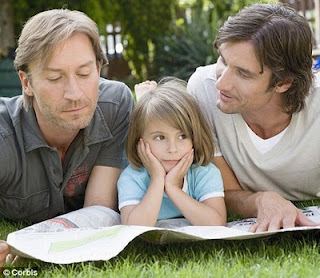 The book gives a range of issues and questions that it recommends you have full and firm answers for before moving into the assessment phase. Jake and I spent Sunday morning in bed playing a game of asking each other the questions. I think it would probably be easier for social services to simply invent some sort of machine for reading the human mind, by the end of the questioning there isn't going to be much they don't know. This is a small selection, there are pages more:

The best part of the book is the second half. The entire second half is given over to case studies. This was the most emotionally fraught section. Almost every case is riddled with things that make my hairs prickle with rage. The system is so bloated, inefficient and ponderous that it seems to serve neither the interests of the child or the parents. There also seems to be a good amount of homophobia in the system, as discrimination is illegal it is all done in a sly way. It made me very resolved to shop around for an agency where they genuinely want gay adopters, I don't want to get stuck with a social worker whose heart isn't in it. I should say that most of examples in the book are positive, but the negatives just seems so unacceptable to me. Here are just two crazy extracts I copied out, one homophobic and one bureaucratically mental. I challenge you not to get angry.

“The first local authority we approached used every excuse, except the fact that we are gay. They said there was no way we would ever get a child because our bathroom was downstairs!”

“While the idea of placing children with parents of the same racial/cultural background makes sense, it is often pushed to an absurd level by social workers. I remember the case of a boy whom we had enquired about. He was a mix of White European, Iranian and African backgrounds. The social worker acknowledged that me (White) and my partner (Indian of Iranian decent) were a close match, but as we were missing any African connection she would carry on the search.”

But then after at the end of every story is the happy ending... and at the end of the day that is why everyone does it. This one really made me smile:

“We adopted a beautiful baby of 13 months, who is now 4. When we set out to adopt I only wanted to be considered for a child with a learning disability, so we got the Form E for a little girl who had Foetal Alcohol Syndrome (FAS). She has developmental delay, epilepsy, poor balance and absolutely no sense of danger. She is the most perfect kid in the world.”

If you are a gay man, woman or couple and you are thinking of adoption then there can't be many better books out there than this. I would even recommend it for people over seas, the legal framework may be different but the case studies are a great read for anyone.
Posted by GFV at 5:36 PM