Has The Negative Stigma Shifted To Being IN The Closet? 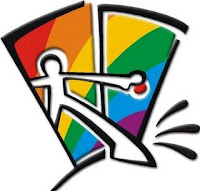 By: Craig Rigby
This week at work an interesting thing happened, one of the girls I work with fell out of the closet. The interesting thing was the reaction… most people in the office were angry with her, including me. We were angry because she had worked with us for two years and never said anything. In my department there are three other gay people and two bisexuals, there are countless in the business. As far as I am aware, there has never been a homophobic incident in my workplace. She told us she never said anything because she was embarrassed....but this just doesn’t wash.  I for one, feel that she has a problem with gay people. It's as if she is saying we should have something to be ashamed about.

The situation was more or less resolved. People talked it through with her, pointed out that her attitude and some of the things she was saying were homophobic and moved on. I think it will take a while for her friendships to recover, but she is fine for now. However, I should point out that she is in her mid thirties and in my opinion, has had plenty of time to work through her homophobic feelings. I know for a fact that her friends and family would have no problem with her homosexuality. The only person with a problem with gay people seems to be her.

Looking back, this all seemed like quite an extreme reaction. Had she been a teenager I am sure the reaction would have been different...the feelings of deception and homophobic judgement would not have been there. It made me think of several recent press outings and how they had been handled in the press. There seems to be a big divide between the incidents of people being honest and people being found or suspected of being in the closet. 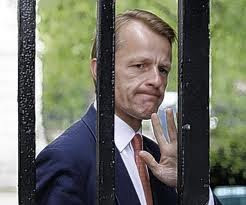 Above we have David Laws, he was the first government minister to be outed as gay this parliament and promptly resigned. He was outed by a paper called the Daily Telegraph at the height of his career. From 2004 to 2009 David had been claiming expenses for renting his second home. The rooms had been rented to his “secret lover” and “long term partner” James Luddie. Since 2006 parliamentary rules have banned renting a room to a partner.

The sad thing is that David Laws is a millionaire, he could have easily afforded not to claim back the money which is small change to him. He seems to have done so solely to avoid suspicion of his sexuality. In a statement on his website he said:

“But the root cause of my difficulties has been a decision I took long ago, which logic has never succeeded in changing – the decision to cover up my sexuality.

I realized on Friday that 35 years of dishonesty about my sexuality had finally got to end – and that I could only hope to counter the allegations being made by telling more lies or by ending the relationship which has brought most happiness to my life.

Losing my privacy and revealing my sexuality has not proven to be as painful as I expected, after the initial trauma. Indeed, it will be wonderful that I can now introduce the person I love and value above all others to my family and friends. I shall always be grateful to the Daily Telegraph for that! I will also be able to set a much better example, as a public figure, to my constituents and to those others struggling with their own identities.

I had had to acknowledge that I had made a serious mistake, and it seemed to me that I must pay the price for that mistake.”

I feel bad for David Laws, once he had started in the closet he could never quite get out. He grew up in the 70's which was a different time. I can see why it would be easy to slip into a pattern of secrecy through such circumstances.

The telegraph had held onto its story about him for quite some time. It could have published the information the previous year with the rest of the expenses scandal. In amongst all of that, it would have looked like nothing. Instead they held onto the information until he was at the height of his career. I am pretty certain that a story about a secret gay lover was a juicy piece for them. I am also sure that it was the lying about being gay that caused both the rule breaking and gave the story its sensational edge. 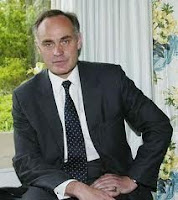 The next outing of the parliament was a different affair...more personally sad, but less politically damaging. Crispin Blunt is the prisons minister. Out of the blue, at the end of August,  he announced that he was separating from his wife to “come to terms with his sexuality”.

Apart from some slightly unpleasant sniping on the conservative blog sites about “boarding school homosexuality” the response was pretty non-plussed. It was such a low key story that most news programs reported it with just a one line statement. Although I am sure that most people feel sorry for his wife and family. Even on the most right wing sites, no one seems to be calling for his resignation.

It has even been suggested that he may have saved himself from the axe. Previously, Number 10 had released information that suggested he was soon to be sacked for poor performance. The would have to be very brave now to face accusations of sacking the man because he is gay. 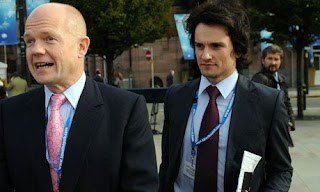 Last but not least is William Hague. I should hasten to add that this one is probably not about him being gay, in all likelihood he isn't. But..it is about the press speculation that he is in the closet and lying to the electorate.

Earlier this month Christopher Myers, a special adviser to Hague, resigned, citing the "untrue and malicious" rumours and pressure on his family. Last month a national newspaper published pictures of Hague and Myers together, taken last year, strolling along London's Victoria Embankment and this was followed by a story in the Telegraph saying a cabinet minister was prepared to "take action" against any publication that intended to publish gay rumours. The right wing political gossip blog Guido Fawkes then revealed Hague and Myers shared a hotel room during the election campaign.

Hague then took the odd step of making an incredibly personal statement about his marriage in which he stated he had never had a relationship with any man. He even went so far as to say that his wife has recently suffered several miscarriages. This seemed like the worst thing to do, it brought attention to something that was essentially petty gossip. In addition it was such a personal statement that it only created the idea that maybe he was protesting too much.

In any case the venom with which the papers went after him clearly contrasts with the way they left off Crispin Blunt...the two stories appearing in the same week. It seems that in British politics, it is fine to be out of the closet and gay, but don't try to hide it or the press sees you as fair game.

Personally I feel the same way about closeted politicians as I do about closeted colleges at work: I find them aggravating. If they feel that being gay is something to be ashamed of then,  do they think I should feel ashamed?  In the end, I think everyone has their own reasons for staying in the closet. Fear of rejection is understandable...if a little adolescent. Internalised homophobia is almost as bad as everyday homophobia, something to be conquered.
Posted by GFV at 4:18 PM