Blink And You'll Miss It News 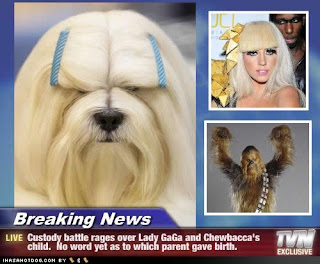 Wow...you take a couple days off from blogging because you nearly cut a finger off and the rest of the world takes that as an excuse to go over the top nutty. In my bloggospherical scans today I turned up so much stuff that I simply could not pick one...so lucky you gets to see them all. Perhaps they make a bigger statement about the world when seen together. So without further ado....lets dig in to our Mucho Grande bucket o' crazy that developed over the last week...


Frontmen:
Our first disturbing event begins right here in my home state of California where NOM is up to some new tricks. Instead of funding ballot initiatives to vote of the civil rights of gays and lesbians they are now taking to funding political campaigns for politicians who can drink their brand of Kool-aid. Such is the case with California Attorney General candidate John Eastman. According to an article from Good As You, reprinting Maggie Gallagher promoting Eastman. That alone is enough to scare the pants off me and more importantly...vote for someone else.

Some of Eastmans twisted logic:


Those that support same-sex marriage have, in more candid moments, said what we're seeking to accomplish here is really the decoupling of the sanctity of marriage from the procreation function that made it a societal institution and making it just a matter of contract.

No one has ever said any such thing...even in private! This is Eastmans attempt to brand marriage equality advocates as orwellian social engineers and himself as a tireless defender of the people. The fact of the matter is he is trying to rebrand us and himself in such a way that dehumanizes the gay community and those of us who simply want to be married....its dishonest, its harmfull, and its wrong.

But why is it a big deal? Because, whatever opinions you may have of our incubant Jerry Brown, we actually have much of our progress because of his odd form of support. He may not have come out, flag waving for gay pride, but he did make some pretty definitive statements about the unconstitutionality of Prop 8...and coming from the Attorney Generals office, that has some weight with public opinion. This goes hand in hand with his decision not to defend the state in the recent Perry vs. Schwarzenegger trial. I can't imagine
Eastman doing either of these things which would have made out uphill battle that much more of a climb.

The Conservative Political Action Conference (CPAC):
In which conservative activist and lobbying groups get together invent new talking points and craft that agenda they are always accusing us of having....but hey...it's not often we get all our wingnuts in one box!

In the words of Obi-wan Kenobi: "Only a sith deals in absolutes!".....but seriously Hitler Youth!? You gotta be kidding me! What lead to Hitler youth AND the Red Guard was ideological absolutism much as she proposes we need today to strengthen our moral fiber. Another factor of both of those groups was having scapegoats to blame for societies ills...hers apparently are gays that want to have their loving unions honored equally under the law.

Her description of gay marriage as a "group of people living together" makes us sound like a commune. Sorry Ms. Shaw but Gay couples are just as commited and momogamous as any hetersexual couple you can pull off the street. Also, suggesting that allowing us to live in commited and legally recognized unions somehow constitutes a loss of "moral authority", I think you have you moral priorities backwards. I'm sure for you that gay=bad. However, I would like to suggest that many of the moral ills that scare you to death when you go to sleep at night, like sexual promiscuity and the weakening of the family, would be cured by allowing gays and lesbians to live there lives in the open and their relationships as legally protected as heterosexuals. The alternative is lives lived in secret and many times in shame....where is the morality in allowing that?

And to suggest that all allowing gays to get married causes our moral fiber to be degraded to the point that children will have no moral compass is also shamefull. There are thousands of gay parents out there, giving their best to their children everyday. Most of those kids grow up to be straight because guess what?...Thats how they were born. They did not turn out gay because their parents are gay anymore than I turned out straight because of my parents sexual orientation. Nor did they grow up to be bank robbers, sexual predators, or plot to destroy America. Gay parents have just as true a moral compass as anyone else and are equally as able to model that to their children...I suggest you get to know a few gay parents and their kids before you make these hysteria based statements.

Next...Ryan Sorba Slams CPAC for including GOPROUD, a gay conservative group, and in the process shows where modern day Hitler youth would really come from:


ROFL....natural law?!....again CPACers, you gotta be kidding me!? You guys want to stand on the premise of "natural law" until someone points out incidences of homosexuality in nature and then the argument changes to the "we are above nature" argument. Here is the real Hitler youth being sold under the guise of "Young Americans For Freedom"....yeah right...freedom unless your gay.

Here's the "natural law argument in a nutshell:

This one always makes me cringe becuase I remember getting this talk at a church youth group, given by our youth pastor because he was concerned one of our members might be gay because he listened too Depeche Mode...lol. A part of me that knew I was gay dived deeper under cover that day because it knew he was talking about me too...even if he wasn't aware of it. Its always been a hurtfull and arrogant argument framed in a seemingly handy visual metaphor. As if love and sex is meant to be reduced to the equipment we bring to the relationship. I wonder what the people who use this visual device would have to say about this little goody found everywhere hardware is sold and potential fire hazards are to be found: 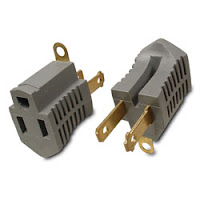 Tantrums..Catholic Charities:
And our next news nightmare comes from and update to an old story. Many of you may remember older posts of mine reporting Catholic Charities, who threatened the Washington D.C. City Council with removal of its charitable services if they passed a measure allowing gays to marry has packed up its foster care services in the district rather than somehow have to offer services to a gay person, as reported by the Washington Post.

I'm sorry but isn't this a little like having a tantrum because all the other kids won't play by your rules and taking all your toys and going home? I thought the point was not who you serve...but that you serve. So Catholic charities has made the decision that its better to not help any of Washington D.C.'s children than to have to place any of them with gay foster parents.

In regards to other services Catholic Charities chief Edward Orzechowski is qouted as saying, " It's unclear whether Catholic Charities will also dismantle its homeless services program."....but Ed, what if you have to serve food to a homeless gay teen? How much penance do you do for that?

Causes of Concern:
Just to leave you laughing...or crying possible comes our last news nugget that got me a little steamed. Take a gander at this bumper sticker being offered by the Concerned Women For America:

I don't know about you but I feel pretty real and my husband is every definition of "real man" but the one that CWA offers. But...since CWA has been a driving force in resisting marriage equality in every ballot measure, its no suprise that they see us as non-people. I'm curious do they feel the same way about lesbians as they apparently do about gay men? Or what about the "real man" that marries a woman who later discovers she's gay?...or he does. No matter how you slice it, real men are honest about who they are regardless of their sexuality...and a real man doesn't make other men less than him on purpose, which means no "real man" would be caught dead with this bumber sticker.

Well....thats our news round up for my absence...who knew the week would be so eventfull? Until monday, I'm you're humble hobbled blogger signing off...
Posted by GFV at 2:25 PM

Email ThisBlogThis!Share to TwitterShare to FacebookShare to Pinterest
Labels: Concerned Women For America, conservatism, CPAC, news round up, NOM