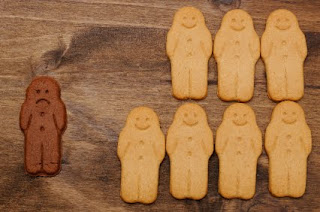 It's a sad fact of life that discrimination in the workplace still exists in this world in very flagrant ways. It's still happens to women. It still happens because of skin color. And.. as our friend Joseph experienced....on the basis of sexuality. I think alot of us may wonder what we would do if we were put in a situation where our bosses are openly hostile to us. When you need to work...especially is this economy...the thought of having to battle your employer is a tragedy by itself. It's also an endictment on how far was have actually come in the struggle for basic protections for gays and lesbian,s who in many states don't have laws to shield them from discrimination on the basis of sexuality.


Such was the case that happened to our friend Joey, who we know from youtube as jojo20to1. His story is special not only becuase he suffered but because he triumphed over it. There are many details to the case that cannot be shared...and they were not shared with us either...due to the nature of case and very likely confidentiality agreements. Suffice it to say Joey's direct superviser was being openly hostile to him and JoJo being a sensitive guy was very bothered by his sup's actions. It was making work a living hell.

I know that if it were me in this situation, I would probably suffer in silence...for a while....then that  percentage of Sicilian blood I have, would kick in and all I could think about would be..."I'm gonna get you sucker...one way or another ." JoJo did the right thing though and went over his bosses head to make a complaint with upper managment. Thats what you do. Document, document, and document some more....you go through channels in the hopes that your employer will uphold its non-discrimination policies. Then...if that fails...you take legal recourse. 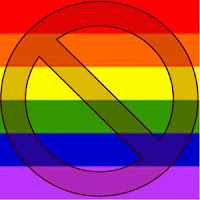 Now...JoJo is a regular person like you and me. He doesn't have tons of money to throw around on lawyers. So, after confering with a friend JoJo went to an gay and lesbian advocacy group....Tiangle foundation. They  heard his story and let him know that they thought he may have a case...then went one step further in recommending a lawyer with experience in workplace discrimination issues....Joey reports that this part of the process required alot of meetings and took a few months.....but now the hard part.

Going to court for any reason can be one the most emotionally draining things we will ever have to do in our lives and if your doing it because you recently lost you livelyhood...that makes it all the more stressfull. Plus as a gay or lesbian, you have to look at the judge and wonder how sympathetic he is likely to be....will he be impartial?

According to Joey's account, he gave a deposition in Aug of 2009. His bosses also did so offering falsified accounts of what occured. More depositions were taken in November from Joey and another cooworker who also offered the same fabricated account as JoJo's supervisors. Understandably this was really discouraging to Joey who thought that having the both bosses corroborate a fabricated story meant automatic failure....but still he pushed on. JoJo spent looong hours on the phone with my husband Jay seeking legal advice and a friendly voice in a world that tells you: "give up, you cant win". Sometimes that little encouragement is all we need to find our feet and keep moving forward.

December came and brought with it more meetings with attorneys and evaluations as to the progress of the trial ( Wow..starting to sound like Perry Vs. Schwarzenegger here) and whether or not it was likely to be decided in Joey's favor. Not alot of the sun on the horizon for Joey at this time as he relates going home "down"...great Christmas gift eh? The gift that really keeps on giving... Still through January more meetings until the big day:

So JoJo....faced up to what scared him the most...channeled the spirit of Erin Brokovich and hauled his butt into court where his sexuality and worth as an employee was put on trial. The Usual lies get told in this instances and barring any court transcripts I think we can guess the kinds of arguments that were used by the defence. But Joey WON....in the end it came down to documentation. JoJo's employers claimed that they let him go because "it just wasn't working out."...However, Joey taking the appropriate steps to file a written complaint with his higher supervisors, and his history of documentation showed that his bosses were being less than truthfull.

What was the end result? ...JoJo gained the ability to look in the mirror at himself with new respect. He faced his demons in form of  boss who was a schoolyard bully who never grew up....and he won. He learned he had reserves of strength he didn't know he had and...oh yeah....a tidy cash sum to help out with lawyers fees and time lost from the job.....WIN!.....and how is JoJo after the trial?

Awsome job Joey...you not only stand up for yourself..you show others how its done. From Jay and I, I have to say...your welcome...but truly, it was all you.