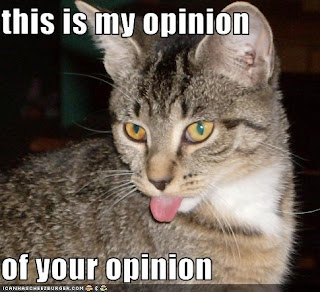 "Don't Ask, Don't Tell"....For a policy thats name implies silence, alot of words are currently being devoted to it. Senate hearings, t.v. spots, newspapers, talk radio, and the blogs have all been endlessly churning the issue till theres little doubt left where the line in the sand has been drawn...and who stands on either side. No matter which side you find yourself on, its not difficult to acknowledge that we find ourselves awash in a world of opinion about the subject.

Some of the most influential testimony on the subject has been from Chairman of the Joint Chief's of Staff, Mike Mullen......and oddly enough...He blogged about the subject.. Who knew Admirals where that in touch with modern trends?...or more likely, that they employed staffers who are. Here are his thoughts on the matter:


"While the Chiefs and I have not developed our advice, we believe that any implementation plan for a policy permitting homosexuals to serve openly in the armed forces must be carefully derived, sufficiently thorough, and thoughtfully executed. The review group to be headed by Mr. Jeh Johnson and General Carter Ham will no doubt give us that time and an even deeper level of understanding.

As carefully weighed as the decision to go to war based on faulty intellegence from discredited sources? Hmmm....I have no doubt that the same level of care and thourough study will be pursued....If only because it means putting off addressing the issue. This Gentleman has been an officer for a long and destinguished career. I have little doubt that during that time, he has had the opportunity to come across a gay serviceman or two.  I believe that he already knows exactly what the impact of a repeal of DADT would be....little to no impact. Studies are an irrelevant excuse and have always been so.

My personal belief is that allowing homosexuals to serve openly would be the right thing to do. I cannot escape being troubled by the fact that we have in place a policy which forces young men and women to lie about who they are in order to defend their fellow citizens. For me, it comes down to integrity -- theirs as individuals and ours as an institution.

Thank you sir....for all the John McCain's out there who claim that top military brass unanimously oppose a repeal....Heres proof that its not so. Top military echalons may very well be stocked with very religious men with very long career lifespans, but not all of them. Many of them make no bones that this is a religious issue for them, even though...like Mullen....that have had plenty of opportunity to see the character and courage of gay men and women already serving in the military.

“I also believe the great young men and women of our military can and would accommodate such a change, but I do not know this for a fact. I will not deny that during a time of two wars, such a major policy change will cause some disruption in the force. It also seems plausible that there will be legal, social, and perhaps even infrastructure changes to be made. These are some of the issues our review will address. 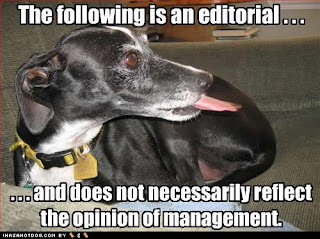 Yet...the great young men and women of the military have already been living with the daily reality of gay fellow soldiers...as this Youtube commentor illustrates

"my brother is 41 years old and is currently serving in the army. he tells me that there are tons of gay men and women serving openly in the army with him. he says its a nonissue to people in the army. the only ones that﻿ take issue with it are certian members of the government."

We are already in the military...I can't beat that drum enough. Studies that purport to address infrastructure and legal or social changes is pure smokescreen. Its like calling a doctor to run tests to prove to yourself that the lump on your face is actually your nose.


“But we would do well to remember that this is not an issue for the military leadership to decide. The current law and policy came from the American people through their elected officials. We will continue to obey that law, and we will obey whatever legislative and executive decisions come out of this debate.


“With Afghanistan, Iraq, and significant security commitments around the globe, our plate is very full. While I believe this is an important issue, I also believe we need to be mindful as we move forward of other pressing needs in the military. What our young men and women and their families want, what they deserve, is that we listen to them and act in their best interests.


“Balance and thoughtfulness is required. It’s what the President has promised us, and it’s what we ask of Congress as this debate moves forward.”

On the point about soldiers we agree...we need to be thinking about soldiers who complete their tours of duty and then get called back again and again. They go and do their duty, but would they have to if we were not kicking out qualified soldiers on the basis of their sexuality? Is it really considering the soldiers best interest to ask some to serve multiple tours of duty while telling others who are just as qualified that they are unfit for duty? Not from my perspective.

Jay picked up this topic yesterday because, as a vet, it is an issue near and dear to him...


And finally.....In closing, I would like to share a couple of comments that really resonated with me, from a great guest post on Pam's House Blend, written by Geoff Guth, and discussing the affects of DADT on gay servicemen. Guth, now out of the military and out in in his personal life talks about 9/11 and the desire to reenlist:

But to have a bar to reenlistment on your record, especially in the wake of 9/11, was a very depressing thing. At a time when many Americans wanted to do their part to serve the country, I was forbidden to join my friends. It made me fell as if my contributions were worthless and as if I'd abandoned my friends on the battlefield.

And offered his take on what it means to be a gay soldier:


But one thing is clear: in American culture, there has long been a group of men (typified by Kristol and O'Hanlon) who equate toughness and masculinity with fighting wars, yet who also know that they lack the courage of their own convictions, and thus confine themselves to cheerleading for wars from afar and sending others off to fight but never fighting those wars themselves (Digby wrote the seminal post on that sorry faction back in 2005). It seems that individuals plagued by that affliction are eager to avoid having it rubbed in their faces that there are large numbers of homosexual warriors who possess the courage (the "testosterone-laden tough-guyness") which the O'Hanlons and Kristols, deep down, know they lack. Banning gay people from serving openly in the military as warriors is an excellent way of being able to deny that reality to themselves.

Warriors indeed...try reading up on the "Sacred Band of Thebes" sometime...until next time dear readers....keep talking..
Posted by GFV at 2:14 PM