Jack Wrangler...Anatomy Of An Icon 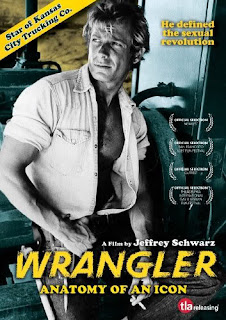 Its been awhile since I've done anything like a movie review so I think its due. Yesterday Jay and I were lamenting the lack of good t.v. shows to watch so we dipped into our netflix stash. Now Jay has a bit of a standards problem when it comes to movies...and especially movies with gay content. If it self labels as gay, he gets it. This has exposed us to some real awful movies...but also some real hidden treasures. It turns out that Jays movie addiction can occasionally be a good thing. It was under these circumstances that we discovered "Wrangler, Anatomy Of An Icon".

While there will be nothing explicit in this blog post, if you are uncomfortable with the topic of pornography...now is your chance to turn back. 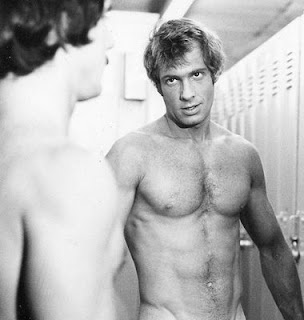 It was here that Jack Stillman, realising the affects working in porn would have in the rest of his life, took the last name Wrangler from the label of his flannel shirt...and Jack Wrangler was born. Filming as Jack Wrangler allows Jack to express a part of himself that he hadn't been able to before and it isn't long before the persona he crafted for the movies begins to become his real life identity. Jack Stillman is insecure and unsure of himself, deeply craving love and approval. Jack Wrangler on the other hand, is confident in his homosexuality, self assured, and desirable. The line of fantasy and reality begins to blur for Jack. As Jack Wrangler, he is credited with producing some of the first and most ground breaking films in the adult film industry, gay and straight.
Also shown, is Wranglers move into making straight pornography and his marriage to singer Margaret Whiting, who was 20 years his senior. Both of these events rocked the gay community, who accused Wrangler of never really being gay in the first place. Wranglers relationship with Whitting is shown in all is complications...the odd, the akward, but also the beautifull. It is shown as a relationship between two people that are more alike than they are different....and more importantly...that love defies all our attempts to define it....What the movie does not cover, is that Jack Wrangler recently passed away at the age of 62. 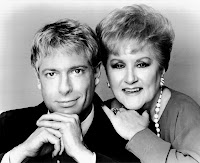 Heres where his story resonated for me personally...
You may recall when I discussed coming out and coming to terms with what I had always been taught "gay" was. Like alot of people I grew up with nothing but bad stereotypes that gays were pedophiles, sexual predators, alcoholics, and effeminate. I am not unique in growing up this way. The thing that changed my view and opened up my world was actually going to places where gay people were and seeing the truth. Many of the men that I saw completely epitomized the concept I had then about what a man should be. Strong, self assured, tough looking, hyper masculine. I found all of those traits and more in the men I saw in my first hesitant trips to places like the Castro...or my first pride parades. It may be funny to look back on now...but then, it blew my mind.
The funny bit, is that the film discusses the Jack Wrangler Character as being the first one to show gay men as a generall audience that they could be other than what they had been taught. According to the film, so many messages that gay men recieved about how to be were effeminate ones. Then came along Jack Wrangler and blew the doors off what people percieved as being gay. He offered a hyper masculinised view of homosexuality. Here was this guy that was hypermasculine and buffed (for the day). He was confident in his sexuality and had no problem being gay and he got what he wanted. Gay men got a new way to look at their possibilities and who they could be. They also got the chance to see that being gay isn't a predetermined set of traits...its what we make of it.
So...considering the films assertion that Jack Wranglers character brought about a type Masculinisation of the gay  community or at least a breaking of stereotypes....and considering that my own stereotypes where blown away by men that in all likelyhood where familiar with his films....did I owe my new outlook on being gay to Jack Wrangler as well even though I had not seen his films? Was his impact thus, that it rippled out a generation later?...that it continues to ripple outward? 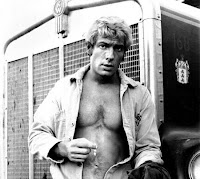 I realise that its not as simple as that....but it may hold a grain of truth. Wranglers movies may have been cheesy porn...but there where times when that was all we had. And I dare you to say that the images that modern porn creates don't influence the gay community today. They still drive us to persue ideals of masculinity...even if they are unrealistic ones.
But that is my round up of "Wrangler, Anatomy of An Icon". I recomend the movie as a peak through the dark curtain of gay history and a view onto a unique man who defied stereotypes in every way imaginable.
Posted by GFV at 11:32 AM