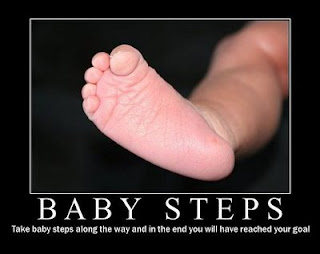 The struggle for marriage equality has seen some major changes in the last year that has changed the way the game is played. High on developments early on in Maine, Massachusetts, and California I think that many believed that gay marriage was finally going to have its day. Then we took some big hits. First in California, then in again in Maine. Both of these scenarios had the shared attributes of being big wins and big losses...but what slippes under the radar sometimes are the little changes that may not come with as much fanfare but nonetheless move us closer to where we want to be.

During the dark days and brooding over Maines loss of Marriage equality many highlighted Washington states win over Referendum 71 that would have taken away civil partnership rights from gay and lesbian couples. It was a tiny light at the end of a very dark tunnel. Also...and a bit off topic...came big wins out of the country in places like Argentina and Mexico City. Those wins allowed us to look ahead and think that maybe marriage equality would come to us in a permanent form someday. Even if we arent the ones to lead the way.


The most recent step took place in the state of Virginia, which just shot down an attempt by Republican lawmakers to pass a same-sex marriage ban. According to the write up in The Charleston Gazette, it was not simply stopped but "swiftely shot down". This does not mean that this is the end of the issue...only that the bill has been halted for now. It may rear its ugly head again at sometime in the future...perhaps when Virginias House does not a Democratic majority....but who knows? The death of this bill could be be because Virginia Democrats believe in marriage equality and chose to leave the door open for it....OR....they simply don't want to be forced to vote on the issue and have their opinions known at a time when the Democratic party is already under fire from the gay community. ....But,however small a victory this is...it's a good thing that will hopefully lay the groundwork for more positive developments in the state of Virginia at some point in the future.

Next, step two comes from Politics In Minnesota which reports that the state is due to consider not one, but three gay positve bills in the near future. The first comes from Rep. Joe Mullery-DFL, which would allow for the creation of civil unions in the state of Minnesota, regardless of gender. The second, advanced by Rep. Ryan Winkler-DFL which would allow for same-sex marriages performed out of state to be recognized within the state of Minnesota.

But heres where they're playing for all the bananas...The third measure, put forth by Phyllis Kahn-DFL would grant same-sex marriage by removing gender terminoligy from the existing state law...../shock..../awe...../cheers..... and here I thought no one had the chutzpa to push for this anymore. This is really awsome news even though I know its going to lead to another knock-down, dirty fight with NOM who will surely show up with the same bag of tricks they have used elsewhere. In the article quotes Kahn:

“I just want to personally state that I think allowing other people to get married poses absolutely no threat to my marriage,”Kahn told the committee. “The legislative session is probably a little more damaging.”

Well it always is, isn't it? Subjecting peoples lives and personal freedoms to public and legislative scrutiny has a way of kicking up some dust. The opposition to the bill has already begun to roll out the same tired arguments about marriage only being for procreation and that those that oppose it will be targeted for retribution in some nebulous manner....yada yada yada.../yawn...


Barb Davis White, an African American who is running for Congress in the 5th Congressional District, argued that gay sex is physically dangerous and that children need both a mother and father in their lives.

“Rosa Parks didn’t move to the front of the bus to support sodomy,” she said. 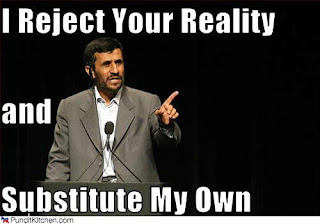 Your right Barb. She would have had no idea that her actions that day would have implications that would reach this far into the future and to so many different kinds of people....some of whom I'm sure she would not agree with. But what Rosa Parks DID do was stay in that seat because she had a right to it... inspite of those who claimed she didn't based off the color of her skin. Gays and Lesbians also have a right to have our relationships protected under the law in the same legal manner that everyone elses is...inspite of the fact that you don't like who...or how, we love. Rosa Parks and Martin Luther King may not have marched with us...but they are still our heroes by virtue of the mesage they brought the world...that all of us matter and are worthy of respect, dignity, and equal treatment under the law.
Rosa Parks also taught us that waiting around for others to grant you that respect will not happen until you first grant it to yourself by taking that seat on the bus in spite of its consequences.

Our third step comes from Maryland, which according to The Washington Post is considering recognizing same-sex marriages performed out of state. Why is this a big fat hairy deal? because Maryland is literally a stones throw away from Washinton D.C. which is soon to enact its recently passed marriage equality law. All Maryland gays and lesbians would have to do is take the short trip into D.C. to get married and they'd be home for dinner and a honeymoon. Well...it may not be that simple...but dam near.

Marylands Attorney General, Douglas Ganser recently wrote his offices official opinion on the matter whch, while not glowing in its support, indicates that it is a very real possibility. Such recognition would have to go through a court review and produce a ruling before it could be enacted further. So while there are hoops to jump through...at least the circus is in town.

Well...that was alot of steps for one day and I'm sure this baby is tired. It can be hard to be patient with the pace of change and hard not to be dismayed when it seems to go in reverse. but like the baby that you fret will never walk....or wonder when here first words will be, one day they do it....and then theres no stopping those baby steps. Have a good day everyone. 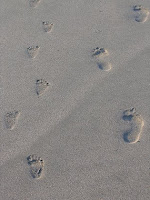