O.K. dear readers...its been another busy day with dentist appointments and haircuts so I find myself blogging really late (1 p.m....late for me...later for you).

Reading around the blogospere this afternoon I found an article at The Bilerico Project that resonated with a feeling I have had lately. The article points to a fatigue in the fight for marriage equality. And the comments made against it, shock me. Advocates for marriage equality are facing a protracted battle over those rights and quite often we have to not only work hard against those who are anti-gay, but we also get smack for trying to raise unified support within the gay community as well...

Marriage...its not for everyone. Even within the straight community there are plenty of people that never want to get married or raise children. So it is with the gay community, there are many who have no desire to marry and more who feel that raising children is not a lifestyle choice they would make. There is no judgement attached to this statement...its just a fact.

There are alot of reasons for someone to make that choice. A few are: some people just don't feel the need for a piece of paper to legitimize their relationships, others out right reject marriage as an attempt to copy a heterosexual institution, some consider it a distraction from larger issues, And still others may find themselves not at a point in life where its even an option.

I can speak only for myself...because in my calls for those with big voices to speak out, I think I have done so in a slightly misdirected manner. I don't think the struggle for marriage equality is meant to shame or pressure anyone into thinking they have to get married to help fight for it....or even just to support those that are fighting for it with some kind words. Instead, marriage advocates have, of late, been accused of hijacking the gay rights movement and distracting it from what many feel are more pressing issues like ENDA and a DADT repeal...and at worst, we have been accused of being a kind of Uncle Tom.

Personally, I don't see the conflict. You don't even have to care about marriage. It is possible to support the differing fronts of the gay rights movement even though they dont directly affect you right now. One day these issues may touch your life in very personal ways. Also, you don't have to be a sign waving firebrand. We don't have to pick one thing to support. Issues like marriage equality, ENDA, DADT, AIDS research, Transgendered rights, gay adoption, equal housing and employment, etc all have one commonality... They dovetail together under the larger theme that GLBTQ people are U.S. citizens just like everyone else, and entitled to the same rights and protections of their heterosexual counterparts...which is basically the ability to live the life you chose without fear. Fighting for marriage equality includes fighting for the ability not to get married. You can live how you chose...make the choice to make a long held dream of marriage come true...or to walk away from all traditional mores.

I hear comments like, "their is no gay marriage. There is only marriage"... "Why should my sexuality be an issue". Both of these are true...in a perfect world...but we don't yet live in that world. The reality is, that we are still in the process of making that world, one day at a time. Until then, we are still treated differently because of our sexuality, and pretending it isn't an issue wont make that go away. It won't stop the heartbreak of losing all rights to your loved ones legacy if they die, It won't stop anti-gay activists progress to eventually turn gays back into criminals, It won't stop your boss from firing you because you are gay, nor will it bring justice if you, or someone you love, are killed for being merely percieved as gay. Sexuality is an issue and we must confront that honestly and unabashedly until the day when it really is no longer a motivation for discrimination or hate crimes.

Anyway,.. I have been down lately because of some of the things I see and read. 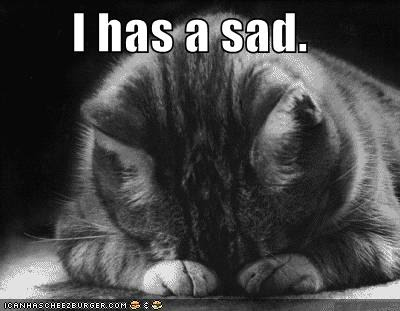 Its seems we are more able to draw lines between each other then to erase them and that has me down.

For people like Adam Lambert or Ellen or anyone else that we called out for not using their voices to help the gay community. I am not asking that you become activists...or ascribe to the life that I live...I am asking for help...We are asking for help. From those who have the power to move people in such wonderful and powerful ways. Live your life how you chose...I wont judge you...you don't judge me. But maybe we can all help each other get to the day when our sexuality really doesn't matter.

until then...we will keep doing all we can. Not only for marriage equality, but for every issue and campaign that helps bring us to that day, when we reach that day of full equality...till then, this is my theme song...