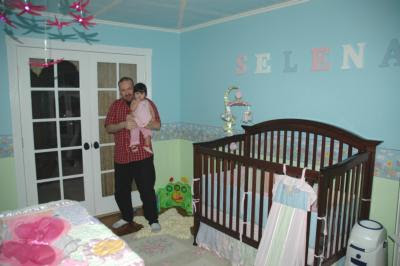 As my readers may know, we chose this month to tell our adoption story. This story was important for us to tell and we wanted to do the topic justice. We wanted to tell our adoption story because we remember how "lost in the woods" we felt when we decided to bring kids into our lives and didn't know where to begin. So, we had hoped to leave a trail of breadcrumbs for others to follow in their own family building journey. There was so much to say that we have already filled up three videos with a possible fourth...and still haven't said everything we wanted to say.

One topic that I didn't get to cover well enough, was the rather sharp learning curve you go through as an adoptive parent, how it changed our lives as individuals, and how that relates to us a same-sex couple. When you have a child from day 1 there is a slow learning process that takes place and you grow as a parent as your child grows. Sometimes, as adoptive parents that role can fall on you all at once and you have to scramble to keep up. Fortunately, you don't have to be perfect.

As we covered in our third episode of our adoption story on Youtube, Selena and Daniels foster home was breaking up. Normally in the fost/adopt process, there would be several meetings between prospective parents and children before they are ever placed in your home. However, we got notice that If we were interested in Daniel and Selena that we needed to come get Selena right away. Since her biological parents parental rights had already been terminated that was unusuall ...but o.k. Daniel was NOT cleared yet and was going to be placed in another temporary home until his birth fathers parental rights could be officially terminated. That was heartbreaking for all of us. This is the severely shortened version. Please watch the video to get the rest of the story. Suffice it to say that we were suddenly with baby.....our cuddly, chubby, thirteen month old daughter Selena.

We had gone through a lightning 24 hours, buying and assembling furniture, getting diapers, as well as painting and decorating a nursery. Finally we are bringing her home and some realities begin to sink in.....Um, I had changed my baby brothers diapers as a kid but I had never changed a baby girls diapers before. How the heck do we do this? Fortunately we had a great social worker who explained the "wipe front to back" thing that is sooooo important with girls. I had no clue about it, being around boys my whole life. Also, I was introduced to the miracle of wetwipes...don't leave home without em. they are a multipurpose miracle and the duct tape of the baby world.

So we got home from our long drive to Sacramento and another reality set in...oh crud, what do we feed her? We had tons of food in the house because of our foster certification, but had neglected to consider baby needs. Fortunately a lesbian friend of ours, who had been around tons of kids had us covered. She brought us lots of little containers with fruit, cooked plain pasta's, plain diced chicken, and lots of other plain, easy to chew foods, because Selena had no teeth yet. It was then we discovered that she had a clear preference for fruits and tomatoes...but would tolerate other foods as long as they were soft....another hurdle cleared.

With Selena we were constantly paranoid parents and were always wondering if she was developmentally on track and if she was safe. For example, We worried when she would walk and begin talking and constantly compared her to other kids her age, which was stupid. She did those things in her own time and when she figured them out, there was no stopping her. I also used to worry about SIDS at night and would check on her about a million times to make sure she o.k....but all that was worth it. The first night I got to rock her in my arms and sing her to sleep was a magic moment I will never forget. 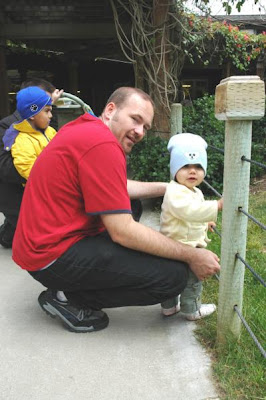 Selena's no longer in diapers, Which was a cause to celebrate for me. I can't say I miss the powder blue, Winnie The Pooh diaper bag that had to go with me everywhere I went, stuffed with daipers, wetwipes, changes of clothes, sippy cups, hair things, snacks, and who knows what else. I never was into manbags. But I happily tolerated it because I was so proud to be a Papa to Daniel and Selena. The bag totally looked silly, but that's the trade off.

Learning how to care for Daniel's needs was a little different, being older and more capable. When he came to us, he was 5 and already knew ABC's, counting, bed making, and other stuff, but didn't know how to care for himself. He hadn't been taught how to adequately clean himself which included the toilet, tooth brushing, and the bath, and table manners(still ongoing). So our first task was teaching Daniel how to do these things for himself. 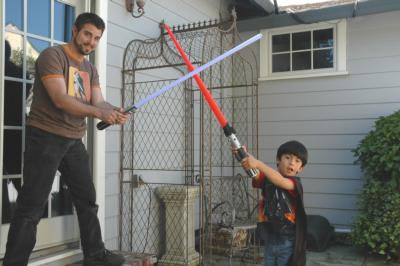 We got him enrolled in Kindergarten and then MY education began. I learned alot about the school systems. How important it is to participate in homework and class volunteer time. Also that I needed to keep in daily conversations with Daniels teacher to keep track of how he was adapting socially and behaviorally. I also learned how things have changed since I was in school and believe me...its a whole different world now. One where the schools are underfunded and the kids are pressured to learn more at an earlier age so that they can do well on the standardized tests that the state uses to determine educational funding. At fourth grade, I still don't think that Daniel has had much, if any U.S. or world history, that has been up to us to explain to him. Though, his math skills at fourth grade are better than mine at sixth grade because that's whats on the tests. Argh...I could talk forever about that.

Daniel also came to us older, with alot more memories and ability to reason which meant that we had to be good at helping him understand what was happening to him. That was a crash course in Parenthood by itself. We decided to be as honest as possible but put it on a level that he could understand. At five, Daniel was too young to understand why his parents used drugs and the sexual abuse they may have suffered, so we tried our best to help him understand it on his level. Thats no easy thing to do. 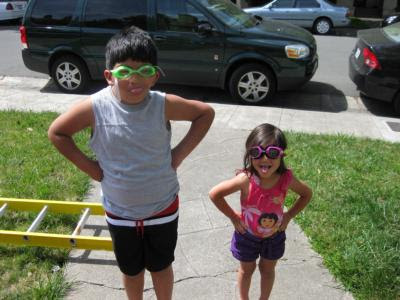 But here we are now...two men who were used to coming and going when we pleased, staying up until one in the morning playing video games if we wanted, walking about our house unencumbered by baby gates and child safety locks. Our lives have changed like night and day. Simply going somewhere still means getting everyone fed, dressed, and pottied before we go out the door, but It used to also include hauling diaper bags and strollers with us as well.

But I wouldn't change any of it for all the freedom or money in the world. Watching the two of them grow up has been like watching an awesome miracle unfold before my eyes and the memories we have made together are my most prized possessions. 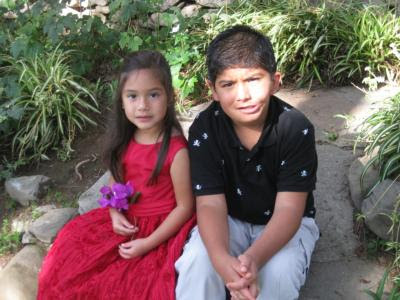