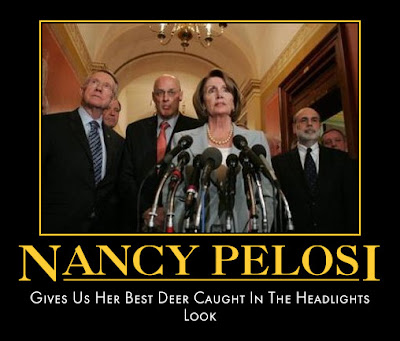 GLBTQ people are a very diverse group covering all classes and political backgrounds, but most GLBTQ people will tend to vote Democratic because of the perception that Democrats support our issues...and Democrats have no problem allowing that perception to stand as long as we donate money and vote. Lately however, our "fierce advocates" have been anything but fierce.

We entered this year with a shopping list of promised hopes and dreams for the GLBT future, made to us by our incoming President. Backed by a Democratic majority we had every hope that these long put off wishes would come true. Among the list of wishes we had hoped to find under our tree this year was, A comprehensive hate crimes bill, The Employment Non-discrimination Act, and a repeal of Don't Ask Don't Tell,...of these, only the Mathew Sheppard Hate Crimes Bill was passed, and that...only because it was stapled to a Defense Department order for camo-colored screwdrivers. ENDA and DADT have both been shelved until a later date with the promise from the democrats being that we will likely see them in 2010....(begin holding breath here)...

So it came as no surprise when I came across an article in Queerty siting an article in The Hill featuring private comments from Speaker of the House, Nancy Pelosi saying in effect, that the house will not take on any "controversial bills" until the Senate acts first.

Believe me...if a bill has any wiff of "gay" on it, it gets labeled "controversial".

From the article in The Hill, Pelosi is reported to have said: (emphasis mine)

The Speaker recently assured her freshman lawmakers and other vulnerable members of her caucus that a vote on immigration reform is not looming despite a renewed push from the White House and the Congressional Hispanic Caucus. The House will not move on the issue until the upper chamber passes a bill, Pelosi told the members.

But according to Democrats who have spoken to Pelosi, the Speaker has expanded that promise beyond immigration, informing Democratic lawmakers that the Senate will have to move first on a host of controversial issues before she brings them to the House floor.

“The Speaker has told members in meetings that we’ve done our jobs,” a Democratic leadership aide said. “And that next year the Senate’s going to have to prove what it can accomplish before we go sticking our necks out any further.”

Rep. Gerry Connolly (D-Va.), the president of the freshman class, said that Pelosi came to last Wednesday’s freshman breakfast to deliver that message, and that it was met with wide spread approval.

“I think freshmen, particularly, are not enamored of the idea of being asked to walk the plank on a controversial item if the Senate is not going to take any action,” Connolly said.

Pelosi’s promise could dim the prospects for other White House priorities as well, including the Employee Free Choice Act (EFCA) — known as “card check” — and the repeal of the “don’t ask, don’t tell” prohibition on gays serving openly in the military.

So...done your jobs eh?...Not on the report card I have here. So while you guys in the halls of power are arguing about how to best cover YOUR butts...My husband has been on the phone trying to help a guy recently fired from his job on the basis of being gay. Also, as you continue to recall troops to see service in Afghanistan, more gay troops are being discharged every day. So, while you play politics...we bleed out. Some fierce advocates.

I understand that Speaker Pelosi's comments were intended to shield junior House members who have more to lose...but...what she seems to miss, is that what for her is a strategy to preserve power, is a real life loss for thousands of Americans...not only the gay ones. Out the window with our issues goes a host of others that are just as vital to the everyday lives of all of us as Americans....But I guess Camo-colored screwdrivers are easier to get approved.

I hate to not support Democrats, knowing what the other guys are likely to do with us, but perhaps it is time to turn off the pink cash machine.
Posted by GFV at 7:28 AM