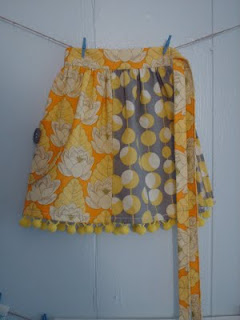 Sometimes I read something in the blogosphere that sends my mind down shadowy paths. Today held just such an emotional ambush at Pams House Blend. "Christmas: Baby Please Come Home", written by Mercedes, is a diary post detailing her estranged relationship with her mother and the feelings that enevitably come up during the holidays when the Christmas cards arrive. The source of Mercedes estrangement from her family is the fact that she is transgendered, transitioning from male to female and their is NO support or acceptance from her family. Instead she is treated as the family shame....not exactly the makings of a merry Christmas. but also a story that resonates with many of us.

Why it touched me so deeply that I had to share was because her description of her relationship with her mother was like hearing my own...and my mom has been on my mind alot this last week. Things are not so good there.

Let me be clear...I know a great many people feel like aliens in their own families. Thats the process of separating ourselves from those who raised us and becoming our own individuals with our own drives, thoughts, opinions, etc. You don't have to be gay, lesbian, trangendered, what have you, to feel like an outsider amongst those with whom you grew up.

That said....I'd like to talk about my mom today, and maybe exorcize a very old demon. When I write these blog posts I imagine them not only going out into the world to be read by a handfull of fellow human beings...but also into the universe, into the ether where all our thoughts, ideas and prayers are heard. Maybe in the telling, something can change for the better between my mom and myself.


I attempted to call my mom this Christmas...no surprise there...most children who want to remain in the good graces of their parents do but... this year it was harder to get myself to pick up the phone.

Earlier in the year I had the oportunity to go north with Jay and the kids to see my mom. I had not seen her in years and the kids have never met their Grandma (she always said she would kill me if I called her a grandma). So this years trip to Canada was the perfect time to swing by Oregon and see her. However, as the time drew near she made the excuse that she had other company coming (a cousin) and that she would not be able to entertain both of us. O.k...fine...so much for all the emotional badgering to see you done up until this point, clearly you don't really want to see us...or at least dont want to see the reality of your son, his husband, and their adopted children. Perhaps that just too much gay to handle all at once.

So When I asked to talk to my mom this Christmas I was told that I would have to call back. My mom, her boyfriend, and my Grandma were.. "going out to dinner". Wow...guess it just couldn't wait five minutes to say Merry Christmas. I didn't call back...but part of me feels insanely guilty about it. Its been on my mind all week. Is this my wrong? Should I just suck up the fact that mom is never going to accept me or my relationship with Jay? Should I put on the fake smile and be a good son?...How did it get to this?

My Mom and Dad married early..as many people did in those days...right out of highschool. They were both still in their teens and Dad was just about to ship off to Vietnam in the Navy. I was born while he was away. From the day I was born I was always "Momma's Boy". My Dad used to scare me a little back then.  I would run and hide when he came home. But I was always close to my mom. Whenever mom was cooking I used to love being right there underfoot, asking to help. She taught me how to braid my daughters hair by first teaching me how to braid hers. Then my parents divorced and everything changed. It was like a meteor strike to our lives, making extinct all that brought happiness, goodness, and life.

My mom moved to Redding, California to be with her parents and she had primary custody of my brother and me. Mom and Dad fought bitterly for many years and often my younger brother and I got cought up in the crossfire. My mom was now a single parent with two boys that didn't have the foggiest clue why their parents couldn't be together. It is understating it to say it was a strain on all of us.

The first real cracks in my relationship with my mom began to show during that time. I was horribly bullied for most/all of my school years. I looked younger than other kids my age, and I was so skinny you could slide me through a closed door. I was a  natural target...but thats a larger story that doesn't belong here.

I remember one day, riding home on the bus from junior high, My backpack must have been partially unzipped and the kids sitting behind me got my gym sweats and other things and begain throwing them around the bus and laughing at me(lots of faggot jokes back then whehter you were gay or not).  I couldn't get anything back and had to get off the bus. I was burning with shame on the rest of the walk home. Those were times when I wanted to be anyone but me...I would have turned my hair blond, my eyes blue, I wished for something that would make people like me...instead I hated myself and I was filled with silent rage at everyone around me.

My mom had been dealing with this throughout my elementary school years...and looking back now I can see that she had no skills to deal with it. I was terrified to go to school and she didn't know how to fix it...so she went the opposite way with it, ignore it and hope it fixes itself.....I came home that day, shattered and in tears, to find her sunbathing in the back yard of the little duplex in which we lived. I told her everything that happened and waited for some kind of response. What I got was "you need to deal with it". ....Thats when I realized mom would not be there for me anymore.

I did eventually learn how to deal with it...many, many hard years later. It was a long hard path too learn to like who I am..as I am. as a consequence,  I won't let my son go through that, if I can spare him. At the very least I won't let him go through it alone.

Fast forward to adulthood and finding confidence in being gay... I finally got up the nerve to come out to my family. Which is always the hardest thing to do. I went up to Redding and stayed a couple of days with my mom and one night I was sitting by her bed while she was reading and got the nerve to let it come out. I gave the impassioned speach about how I wasn't doing this to hurt her, that I was sure of what I was doing, and that the reason that I was telling her was because I loved her and I wanted her to know the truth.....What followed was silence. No fit of rage...no tears or hugs...just the deepest silence that has ever been. finally I had to break the silence and ask her what her feelings where about it. Thats when she replied, "You know I love you, but I am just sorry because you are going to hell". I stammered on for a while after but that comment kind of killed any bond that could have proceded out of that moment and has defined my relationship with my mom since.

So when I write that gay people often don't have the support of their families and have to make their own...this is why I feel that way. My story is a very mild one. I have heard far worse.

I still miss my mom. Most of us only ever get one. While many people have been "moms" to me over the years I still wish my relationship with my mother could have been different and I often spin scenarios in my head about the "what ifs". What if my parents hadn't divorced...What if I wasn't gay, etc....its all useless mental gymnastics that does nothing to change the way things are.

I have tried many times to reach out to my mom over the years but our conversations always come back to how mad she is at what happened during the divorce years. Its frustrating becauw we can't turn back that clock. None of us can change that time and I wouldn't now even if I could. My mom has written to my brother suggesting that he "kidnap me" to get me away from the evil influences that are making me think I'm gay....sorry ma, no reparative therapy for me thank you very much. And what will happen one day when she is no longer able to take care of herself...or doesn't have the money to? She's done alot to push away my straight brother too...both our spouses are not to  keen on taking mom in after all that has been said and done.

So....the unreturned Christmas call still lingers in my thoughts and reminds me of all that has gone wrong. How do I make this right? Can I?...Should I?...I don't have any answers for this yet. Its one of those things that I have to trust to GOD and that one day the answer will be clear...even if I don't like what I face.