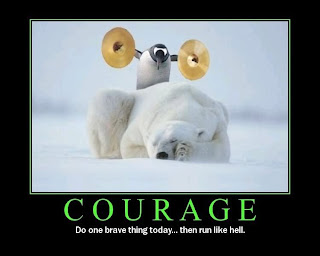 When we first started making videos of our family on Youtube, it was meant as a means to reach out to heterosexual society. We wanted to reach the people who voted for propositions like prop 8 and hopefully show them that we were what they were voting on, not an abstract concept. We were hoping that showing our lives, in intimate detail, would put the lie to what organizations like NOM put forward in their campaigns. We also had hoped that the other gay families, that we know are out there, would be encouraged to make a similar statement. That was our goal and intent.....well....something else happened too...

We started getting letters and emails from gay people saying, "Thank you for showing us what a gay family looks like....I didn't think it was possible". Sometimes people email us simply because they have no other gay people in their lives to look to or no one that they can admit their feelings to, which is a very subtle type of hell...coming from someone who knows. But why bring all this up now?...because this just came to us this morning:


Wow...Courage comes in two forms here: First, in revealing himself in such and intimate way. Second, in taking the risk of being outed to his family and community...that takes stones...While we were glad to be the inspiration...it was your courage that made this video, CAYOMluver. It was your courage that motivated you to deal openly and honestly with your sexuality and how it will affect the way you live your life....And this from a young man in Peru with no support whatsoever.

I want to be absolutely clear about this....This is why we keep doing this...We may reach the straight community...we may not....No one will ever know if what we do has had any effect there. But getting responses like this young mans rocked us to the core. Both Jay and I remember well the feeling of isolation and internal struggle that come with accepting that your gay and being able to do little or nothing about it.

"...I live in an Islamic country which, as you know, does not give even the right to stay alive to gay people. So its obvious that I have not any connection with gay people because they are hiding here..."

"...I am sixteen and am gay, or possibly bi. I have always felt terrible about it, especially feeling as if I couldn't have a normal life if I told anyone..."

"....I've known I'm gay since I was about 13. I've been trying to deny it and its pretty much made me hate myself and made me extremely insecure. Everyone thinks I'm straight and have said how funny it would be if I turned out to be gay. I don't know how to deal with it and I keep to myself way too much. So, I've never talked to anyone about it..."


This is just a handfull of what pours in on a regular basis. If you take a look at our revolver map or the Feedjit traffic widget below, you will see locations pop up that blow my mind because even getting caught surfing a gay sight is grounds for death in some of these places. Saudi Arabia, Dubai, Kuala Lumpur, Lithuania, and Russia.. Even our good friend and regular commenter K!r!lleXXI(who I pronounce as Kirilexxi), Lives his life in a nation that is getting progressively more hostile to gays...where its o.k. to hit a gay man on camera(yes i've seen this), pride marches are met with angry mobs, and your countries leadership publicly proclaims you "Satanic".

To  me...its the very definition  of courage to go against death threats and still live your life. It takes great big brass nuggets to take the massive amounts of shame that can be dished out by society and ...sometimes our families...and still find a way to thrive. It humbles Jay and I...and inspires us. Just like CAYOMluvers videos above. If he can take the risk to make that video...than how can we not also continue to put ourselves out there.
Posted by GFV at 1:02 PM