The Wheel of The World Returns to Prop 8 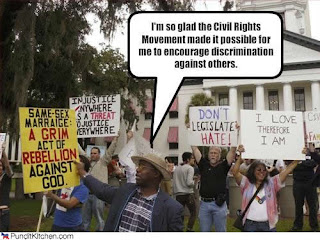 Its hard to believe that its been more than a year since the final court decision was handed down on Proposition 8...and here we are facing it again. Not the long awaited revote(fate uncertain) but another court challenge to the original legislation.


Perry vs. Schwarzenegger is scheduled to be heard here in California this coming monday January 11th. In an effort to bring transparency to the proceedings, a petition to allow the hearing to be filmed has been posted at http://www.couragecampaign.org/page/s/TeleviseTheTrial . The petition letter reads:

To the Honorable Judge Vaughn Walker:

We are writing to insist that the trial of Proposition 8 be televised to the public. In any democracy, openness and transparency are necessary to the proper functioning of our courts. Americans have the right to know what is being said and argued in their courts, and allowing cameras in the courtroom to broadcast the trial is the best, most efficient way to provide the transparency to which we are entitled.


This case presents issues that are very important to the public, and will affect millions of people. However, only a tiny fraction will ever be able to watch the trial in person. By televising the trial, the public will be able to see for themselves the arguments and evidence presented by both sides, and will therefore have more confidence in the outcome of the trial.


Justice is blind, but the public is not, and should not be blind in this case. We urge you to uphold the public's right to view this important trial on television.


To those who can...please take a moment to fill out the petition and let Judge Vaughn know that we want to be able to know what happens to the fate of our marriages ..that we have a right to know...as its happening. Not in a leaflet distributed annonymously afterward.

I have to admit that I have a great deal of trepidation going into this case. The stakes, as always, are high and the outcome uncertain. I think we've all seen enough of conservatives torturing logic to arrive at justifications for horrid actions. I don't think the sky is falling...but I do have one eye firmly fixed on this case with the hopes that Judge Vaughn has a touch more compassion, vision, and wisdom than did the Justices of California's Supreme Court. One Queerty reader summed up what was at stake in their article regarding infighting between the lawyers representing the case and  Gay Inc. who now want onboard, after previously trashing the attempt. The  commenter had this to say:


You know, there's a good reason "Gay Inc" have been reluctant to take this to SCOTUS. Anyone who thinks this is a home run case is either totally uninformed, or an idiot. Olson and Boies could very easily lose this case, and if they do there are two possibilities. One, the court issues a narrow opinion that applies only to this specific case, leaves Prop 8 intact, and allows for future challenges – OR – they issue a far-reaching ruling that could undermine efforts at achieving gay marriage in other states, and even potentially undo the victories we've achieved so far.


If you want to have a look at a group who lost their Supreme Court case, take a look at the pro-lifers. It's been almost 40 years since Roe v Wade, and as much as they may protest and rally and donate and campaign and elect friendly politicians, they don't achieve any measurable change. Their "victories" are all short-lived before they are overturned based on that one decision. Yes, abortion remains a controversial issue, but it also remains legal – the decision handed down by SCOTUS has lasted 40 years, and won't likely change much in the near future.


Too many members of the gay community seems to look ahead to this case with the assumption that we will be the victors. They fail to appreciate the consequences to the movement if we lose. We've been achieving victory for fifty years, slowly but steadily, and building up steam in the last decade. If we lose this challenge, we become the new pro-life movement, picketing and campaigning in futility for the next half-century. 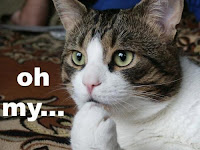 Not being a legal expert myself I can't offer an informed opinion on the truth of his assertion but I can appreciate his point of view. As I previously stated, the stakes are high and we have seen some surprising turn-arounds in the struggle for marriage equality thus far. Will it be as bad as this gentleman is implying...I really don't know. I do know that the strategies employed by HRC and Lamba Legal and many other orginizations that fall under the monicer "Gay Inc", isn't yielding fruit. So much so that one wonders if its truly a priority for them. They have yet to stand up and be counted at a single election where marriage equality was up for a vote.
And I also know that this case could have far reaching consequences to my family. Perry vs. Schwarzenegger will be on my watch list this week...stay tuned.
Posted by GFV at 10:55 AM