Homosexuality..As Seen Through The Looking Glass 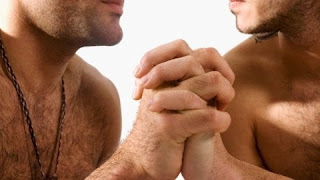 For many people who think of themselves as "gay"...coming to that place of acceptance is a long and difficult process of soul searching and struggle. Our society has been such, that there is little room for middle ground. Even those who label themselves as bisexual can face resistance from both the gay and straight community, who have little tollerance for ambiguity. Also, those who refuse to label themselves at all still face all the same discrimination from a society that makes no distinction between self-identy and same-sex actions. Most of the time, we expect our world to fit neatly into the boxes that help us understand it ...and.... it may have taken us a lifetime to accept the boxes themselves. If something comes along that invalidates the way we categorize life, it can be a very threatening experience.

Case in point comes via a Queerty Write up on a Fox news article That I will now also discuss just to make sure there isn't a human being on the planet who hasn't seen it. The article discusses a recently unclassified Pentagon study of the sexuality of Pashtun men in Afghanistan. The study itself was a part of a military effort to "get to know the local population". What they found perplexes them...and if I being honest It messes with my perception a bit too... 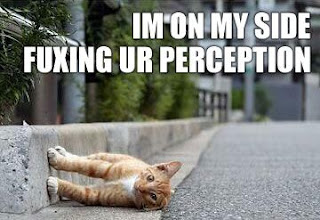 The study points out that Pashtun men commonly have sex with other men yet do not consider themselves "gay". The report cites a U.S. army medic who treated a group of Pashtun interpereters for anally contracted gonorrhea. According to the report, the interpereters...

"....refused to believe they could have contracted it sexually -- "because they were not homosexuals."

Pashtun men interpret the Islamic prohibition on homosexuality to mean they cannot "love" another man -- but that doesn't mean they can't use men for "sexual gratification."

O.k....so far, so good...there is nothing terribly shocking here...at least by my point of view. Because it happens here in the U.S. from time to time. Some men just see sex as sex and do not equate it with their identity. They find the desire to love another of their same sex as the true mark of "gayness", as if love somehow also carries the stigma of weakness. While I don't agree with it...I understand that some people feel this way.

But heres where we go through the looking glass....down the rabbit hole Alice.... 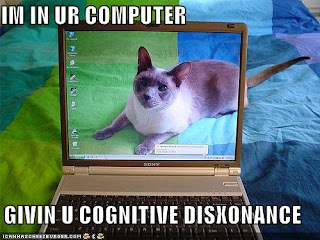 The U.S. army medic also told members of the research unit that she and her colleagues had to explain to a local man how to get his wife pregnant.

The report said: "When it was explained to him what was necessary, he reacted with disgust and asked, 'How could one feel desire to be with a woman, who God has made unclean, when one could be with a man, who is clean? Surely this must be wrong.'"

Woah!...I think I just got verigo....thats a 180 from how it is here in the west....Here, I would get a hearty pat on the back for getting a woman pregnant...but you so much as wink at another man and you wear the label "deviant". I understand that in many cultures women are kept apart from men for reasons to numerous to go into here. Love and sexual relations between those of the opposite sex are meant to be within the confines of a religiously sanctioned marriage and offenders are prosecuted most harshly. The berka is a vivid symbol of the level of remove that women face from male society. Going out without one and a male family member, is enough to earn a death sentnce in some places. So...it makes nothing but sense that men have such a knowledge gap when it comes to opposite-sex relations.

A queerty commenter laid it out in a way that made it even more thought provoking...


This is something I’ve been writing and lecturing about for years, and tried explaining to CDC when I was working with the agency regarding research on sexual behavior. “Gay” as many of the people on this board understand the term, is not used by many other cultures. Other cultures, btw, may have much more sophisticated and layered ways of classifying sexual interactions. When you work with cultures that have more than two genders, then even the concept of “homosexuality” (i.e., “same-sex”) gets to be a slippery slope, because a person might not be engaged in “same-sex” behavior, but is having sex with a member of a third or fourth gender.


As I have explained repeatedly—if you’re not from that culture—you don’t get to vote. To demand that a culture that’s been functioning for a lot longer than America’s been around change to meet your cultural bias is unrealistic as someone from that culture explaining to you that you really AREN’T gay, and you accepting their conclusion. As researchers we struggle to come up with terms that will both serve to comprehend how local communities conceptualize things, and how we describe them from a western science perspective.


“Gay” for a lot of other cultures has also taken on a very specific Western meaning. When I was on faculty for a Human Sexuality week long seminar at the Kinsey Institute, working with Japanese Sex Educators, my old friend (mayheresstinpeace) David McWhirter (he co-authored The Male Couple with his partner) introduced himself as a “Gay man.” When the translator shared that with the Japanese audience, they became agitated, and confronted her, saying she must have mistranslated, because David obviously wasn’t “gay” because he wasn’t wearing a dress.


“Gay” means different things to different audiences. This isn’t just true in other cultures—I read over and over again in contemporary forums of how men who self-identify as “gay” did not do so initially because the stereotypical media representations of gays, and the pejorative remarks made about gay behavior by their family and friends didn’t seem to “match” their own self-image of who they were. There are a number of gay identity developmental models that indicate how common this disconnect can be as people begin to feel out their sexual identity.

What we are getting a peak into here is not only homosexuality as defined by another culture...but also as it was defined by our culture 100 years ago. Even in frontier American days, situational homosexuality was not uncommon...but...that does not mean that those men had sex with each other solely becuase there was no women around. I'm sure more than a few found love and truth in the arms of another man along with a measure of freedom from societal norms on the frontier...and I doubt even they would have called themselves gay. The idea was just to foreign and the need to self label absent.

But does that mean that they weren't gay as we understand it?

Just because we deny calling ourselves something because we reject its societal implications, does that make it untrue? How many of these Afghan men would continue having sex with men, if religion had played no role in their lives? For that matter...how many more westerners would be comfortable identifying as gay if religion were not a factor in ours? I ask this not as a value judgement, but as a counterpoint to the commenters argument above.

I personally know...and have heard of many more self identifying gay men who were aware that they were different  from an early age. To me, its amazing to have that kind of self insight..because I did not. But they make a strong case that just because there was a time when people didn't "call themselves gay", it also didn't mean they weren't. Also, while the commenter above makes the case that our definitions differ greatly from many peoples perceptions of themselves. But my point of view is that no two people are alike, even two gay people and if self-identification is the measure by which we attempt to categorize the world around us, we will soon be lost in a world of labels. Homosexual orientation is more than a culterally enforced label in my opinion. 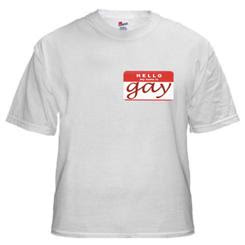 And doesn't this whole argument kinda play into the hands of groups like NOM that insist that sexuality is a choice and a mutable characteristic?

I have only my own sexuality to look to with any authority, and having been on both sides of the fence as it were, I know that heterosexuality...for me...was utterly false. I know that my primary sex attraction is to men without the foggiest of doubt. Insisting that it is merely a label that I have applied to myself seems to deny a fundamental facts abour myself that I know will not change. There may have been a period in time when I may not have grown up to call myself gay...I might have been born Pashtun in some other lifetime...but my gayness would be no less true.