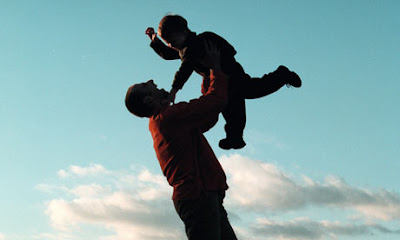 Way back when Jay and I did our first video for National Adoption Day I asked for anyone who had an adoption story they would like to share to please send it to us. the response was not exactly overwhelming. it seems that most people are reluctant to share their personal lives on the internet...hmmm...go figure.

But what we DID get was enough to blow me away. Here...reprinted with the permission of the author...is the story of James and Chip and how they adopted their son, a little boy who has seen entirely too much hardship and sadness for his years. Its hard to believe that anything so horrible could happen to one so young...but it does...everyday. Also this families story underscores something I found to be true from my own experience, that their is a strong element of fate/divine guidance in the process of building a family. Somehow, the right kids find the right parents through some very uncertain paths......but please stick through to the end because it does have a happy ending...

My name is James. I met my son 5 years ago. I was working in the Pediatric Intensive Care Unit where I spent most of my 13-year career as a Respiratory Therapist. I was asked to assess a 2 year old patient admitted the previous night. He was flown from on outlying hospital and required emergency surgery. I was asked to assess him not for respiratory needs, but for concerns of decreased neurological status. The nurse caring for him relayed he did not cry or smile. He did not move his arms or legs. His eyes were open, but did not look about. He did not react when repositioned, despite the obvious pain from a large abdominal incision, placement of a drain and feeding tube and multitude of IV’s, wires and gadgets. I was unsure of his exact history, but knew enough to go see this patient.

I entered the room and in spite of what I was told, he turned his head and our eyes met. I walked over. Our eyes locked on one another, he reached up with his hands and I leaned closer. He placed his hands gently on my cheeks and pulled my face towards his until our foreheads and noses touched. Time stood still. I knew in that instant this was my son. There was no doubt. Our bond was instant and undeniable. The nurse entered the room and was shocked. She helped me hold my son for the first time. She gently placed him in my arms and we slowly rocked. My son was 2 years old, a skeleton weighing 16 pounds, didn’t talk, didn’t walk, was covered in bruises, including a large footprint on his back believed to be the mechanism of injury resulting in a hole in his stomach that required this surgical repair. He had suffered horrific abuse and neglect. Words were never spoken, but I promised, and he understood, no one would ever hurt him again. From that day forward I was with him every moment possible. On my days off I would arrive before he wakened and leave long after he was asleep. It was described by the attending MD like a light switch. When I was there he was on and when I left he was off. The staff was both amazed and perplexed by this phenomenon. I believe this is how he survived – able to switch off during those horrific 2 years. And so it began. I promptly met with the powers that be and informed all of my intention to adopt. Sounds a little crazy, right? But understand this is a team I have worked with for 13 years. The social worker began talking some foreign language. Words like termination of parental rights (TPR), therapeutic foster home, guardian ad litem (GAL) and biological family.


My partner, Chip, of 13 years and I had researched the ideas of adoption and surrogacy. But here he was, OUR son. While skeptical, it was no holds barred when Chip met our son for the first time. We knew we belonged together, as a family. The GAL was in for her initial visit. I entered the room. She observed the very special bond between my son and I. We engaged in conversation and I informed her of my intent to adopt. She looked me square in the eye and said “HE has chosen you.”


Our son spent 4 months in the hospital. Due to our bond, I was allowed to be involved in every aspect of his care. Chip and I were in the process of becoming therapeutic foster parents, when the time came for our son’s discharge. Enter DSS (department of social services) Did I mention we live in the South? DSS was not swift to accept a gay couple fostering, much less adopting. And the war begins. Up until now I was given an incredible amount of leniency in the care provided. DSS was very quick to put me in my place. I was nobody. I was not biological family. And they, being all powerful, were now making every decision. 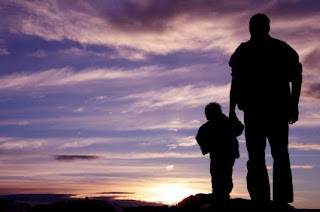 I received a phone call stating DSS had located the biological father and was on the way to visit that very minute. What?!? What about the criminal investigation? I called the hospital social worker that, thank God, stopped the visit. Realizing discharge from the hospital was imminent and DSS was not looking at placing him with us, the search began for a therapeutic foster home. The Pediatric Rehab Team made their suggestions. DSS went above and beyond to find just the opposite. The GAL stepped in.

Enter Sherry... A left wing feminist radical homeschooler with degrees in psychology and religion. What a character. Well spoken. Confident. Funny. She and I immediately hit it off. Long story short: My son lived with her for the next 2 years. That’s right 2 years. 2 years of an emotional roller coaster. 2 years of war. 2 years of legal battles – eventually terminating parental rights (TPR). 2 years of traveling 6 hours round trip just to visit twice a week. 2 years of broken promises and good intentions from the powers that be. 2 years of looking in my son’s eyes and saying “not yet”. 2 years I would not trade for ANYTHING. 2 years of full support from both our families. 2 years of overwhelming support from our professional and private communities. 2 years of miracles resulting in the ultimate adoption of our son.


In the state we live, two unmarried people can’t adopt the same person. Same sex marriage is not legal. So you guessed it. Only 1 person can adopt. The same state that would go to great lengths to reunify abusive parents with defenseless children. The same state that gave probation to a parent for nearly killing his own child. Where is the justice?


Our son is now 7 years old and in the 2nd grade. He is functioning on a 3rd and 4th grade level. He is happy, healthy, active, intelligent and well…PERFECT. His only physical reminders are the scars on his stomach. As far as we know, his earliest memory is the day we met. I had never shared the details of that day with him. In kindergarten on his 5th birthday, he was performing a celebration in which he walked around the sun 5 times to represent 5 years. Normally, the parent would interject at each year with pictures and stories. Knowing some of his past, the teacher asked him to share anything he wanted with the class. Once around… nothing. Lap two… Pause. Then he said “this is when I was two and met my Daddy James. I touched his face and we fell in love.” Enough said.


No, I did not give birth to my son. No, my partner’s name of 18 years does not appear on his birth certificate. No, we can’t marry. And yet, we are a family. With the same challenges, the same fears, the same hopes and dreams as any family. We live openly. Transparent. We are changing minds and changing hearts. We are not taking anything away from anyone. We are not asking for privileges. We deserve our basic rights. Rights guaranteed to ALL under the Constitution.